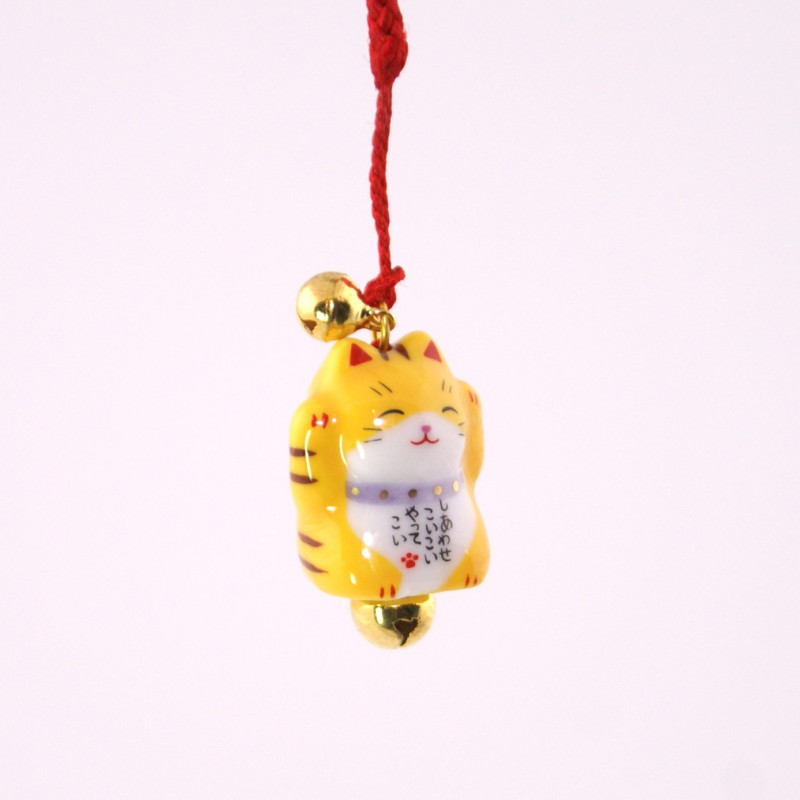 Phone hooks are fashion accessories that add a little extra touch. Although they are no longer really placed on phones, they are also used on bags, key rings, cases, etc. No matter where there is a possibility of hanging it.

Very attached to aesthetics and precision, Japanese fashion emphasizes beauty, eccentricity, the accumulation of accessories and details defined most often by the adjective "kawaii", which means "cute "Or" kakkoii ", which means" cool, classy "

"Maneki neko" (招 き 猫) literally translates to "the cat who invites". It is made up of the verb "maneku" (招 く: to invite, to provoke, in the sense of bringing in) and the word "neko" (猫: the cat).

The importance of the paw:
• The raised right paw facilitates money and luck
• The left paw favors the welcome and the customer-shop relationship
• The two legs together protect the house or establishment

The different colors:
• Tricolor: The cat is white with black and red spots. This color is considered a powerful lucky charm, it is the most popular color for maneki-neko. This can come from the rarity of this color among Japanese bobtails, the breed of cat that serves as a model for maneki-neko. In Japan, this mid-ke color is called "triple fur".
• White: White is a symbol of purity, it is the second most popular color.
• Black: Black maneki-neko are believed to bring health and ward off evil spirits. They are particularly popular with women because they are believed to ward off abusers. Like red, black can be associated with health, but it is rare.
• Red: Red is a protective color which is believed to ward off evil spirits and disease.
• Gold: Gold is associated with wealth.
• Pink: It is not a traditional color, but nowadays it is popular and associated with love.
• Green or Blue: It is associated with academic and university success.