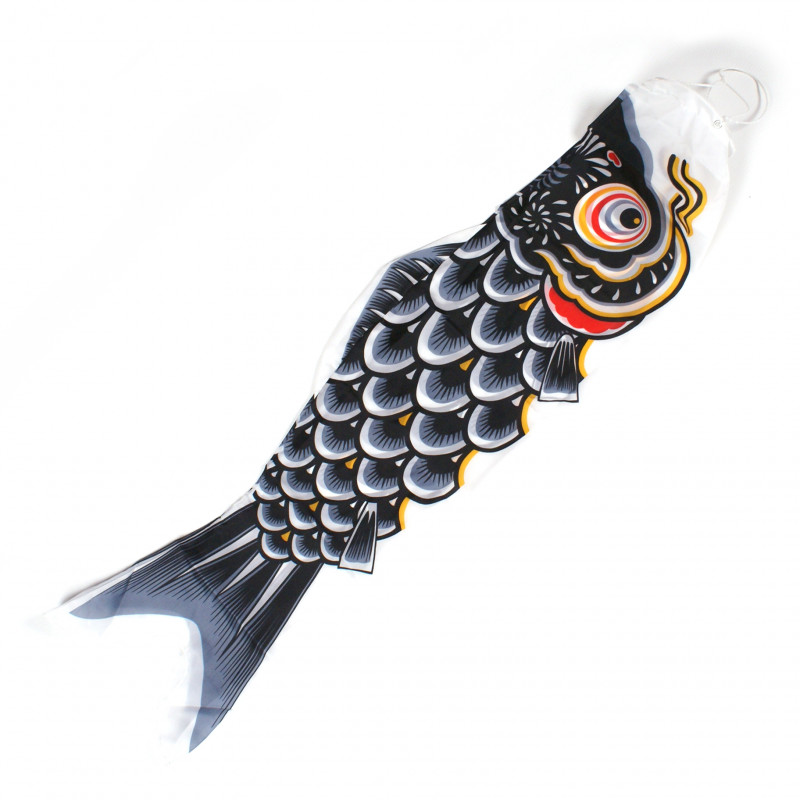 Is written with the kanji 鯉 (koi) which means “carp (s)” and 幟 meaning the banner / banner / banner. That is, a fabric / canvas / paper carp that floats in the wind.

This type of windsock is often hoisted in Japan on "children's day" (Kodomo no hi - 子 供 の 日) which takes place on May 5 in Japan.

At the top of a bamboo pole, the father is represented by a black carp, named magoi, then the mother, by a red carp, named higoi, then a koinobori is hung for each child in the family.

According to a Chinese legend, the carp of the Yellow river, after having gone up the river, would fly up to the sky while being transformed into dragons. This legend is said to be at the origin of this tradition, signifying the end of early childhood and the integration into Japanese society of children over the ages.

2 other products in the same category: