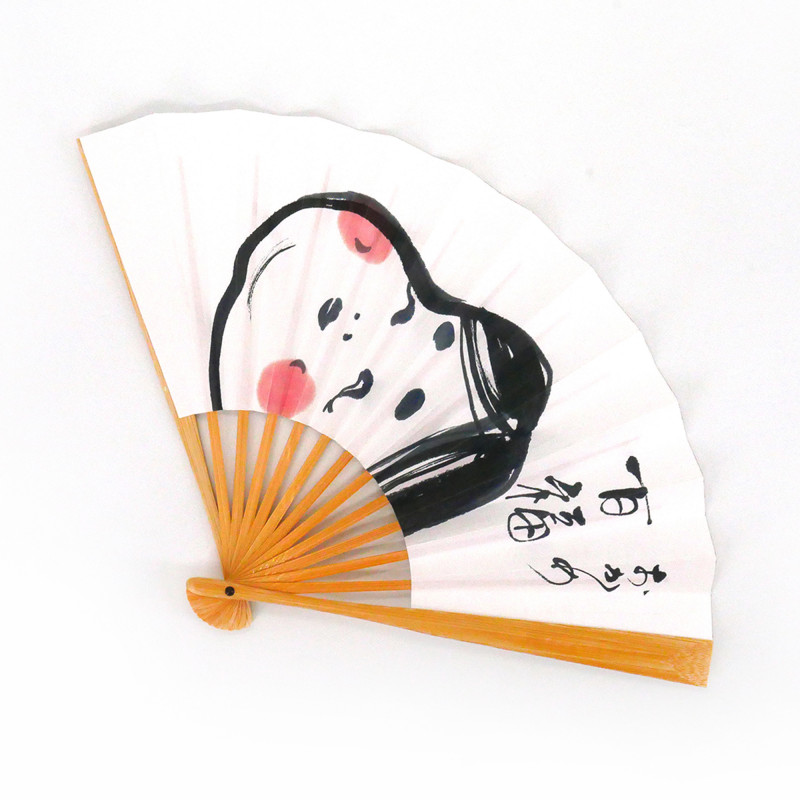 The foldable fan (called sensu (扇子) or simply ôgi (扇)), made of paper or wood peel, is a Japanese invention. It spread to Europe where it was adopted by the aristocratic class, via China, around the middle of the 16th century.

If the fan has always been an object of daily use for the Japanese to relieve themselves from the heat, the fan finds more particular uses in different traditional arts such as the kabuki theater, the traditional dance nihon buyô or the narrative art humorous rakugo.

There is also the uchiwa fan (団 扇) which is made of bamboo, most often round in shape and which does not bend.