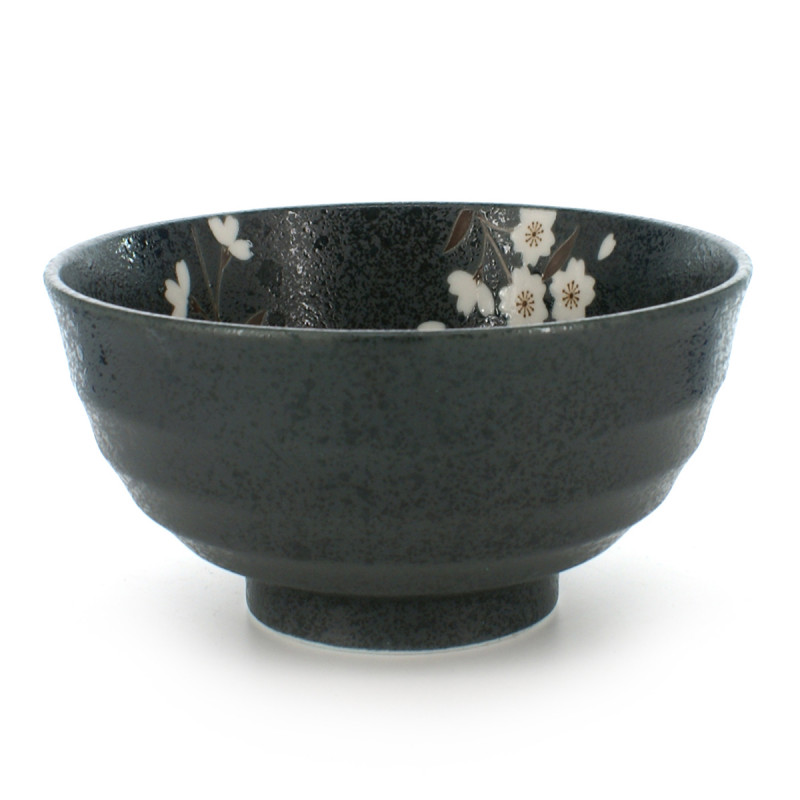 rice bowl for any type of use black SAKURA FLOWER

Donburi Soup Bowl made in Japan in Japanese ceramics

Donburi is a basic dish of Japanese gastronomy. The word donburi, sometimes abbreviated to "don", literally means "large bowl" in Japanese. To distinguish this dish from its container called "donburi bachi", it is sometimes called "donburi-mono" (literally "thing in a bowl").

It is filled with unsalted white rice and in addition a garnish of meat, vegetables and/or fish that have simmered together in a sauce (mainly soy sauce but also "mirin" and "dashi"). These ingredients are often cooked with beaten eggs in omelettes and thin slices of onion.